How to get Google Play Store apps without the store!

In previous posts I shared LineageOS with microG with you, and while you can install Google Apps (including the store) on LineageOS, the whole point of microG is to remain Google free! It even rhymes!

So what about the apps that are only available on the Google Play Store?

If you want to be Google-Free and decided on microG, you’re actually better off than with just plain LineageOS, as microG tries to reimplement as much of the Google framework and APIs as possible, which some apps rely on these days. With plain LineageOS, these would be completely missing and thus some apps would not work. So with microG your chances are much better.

But where to get the apps from if I have no Play Store?

There are several ways, actually! Some ways use so-called mirrors, that download the APK files from the Play Store and host them on their own servers. Others host user-submitted APK files. This can of course be a security risk if such a server is spreading malware. Other ways are apps that download the APK files directly from the Google servers. The later approach requires a Google account of some sort, but the methods I will show you have the option of using a “built-in account”. Yet another way is to set up your own mirror that acts as a bridge to F-Droid.

You should always check if the app you want to install is a FOSS app, and if it is hosted on F-Droid. Many apps I use happen to be FOSS apps that can be found on F-Droid as well. If it’s not there, try looking for a FOSS app instead. Out of luck? Read on!

First method, for that quick casual APK download in the browser: APKMirror.com

APKMirror.com is a mirror that hosts user-submitted APK files. While this sounds crazy at first, they do have one safeguard in place: Their servers check that the signature of the submitted APK files matches previous, known good signatures. The advantage of this site is when you just need a casual APK download in the browser and don’t want any further setup. I used it myself sometimes, to get apps that are region-locked and not available in the Google Play Store (to me).

Aurora Store is an open-source Google Play Store, available on F-Droid and GitLab which downloads the latest APK files directly from the Google Play Store servers to your device and installs them for you! While you can sign in with your Google account and even download your purchases (no piracy), it also comes with a built-in “anonymous” account, which I recommend if you are just looking for downloading free apps.

There are two different applications, that allow you to download APK files directly from the Google Play Store server, to your own server, and host an F-Droid Repo to access those APK files through F-Droid! Duh!

⚠️ I will not go into detail here, as I have not used those two applications myself but the GitHub README is self-explanatory! Although I might try GPlayWeb in the future, as it runs in Docker. 🐋🤔

This site uses Akismet to reduce spam. Learn how your comment data is processed. 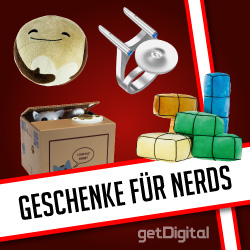